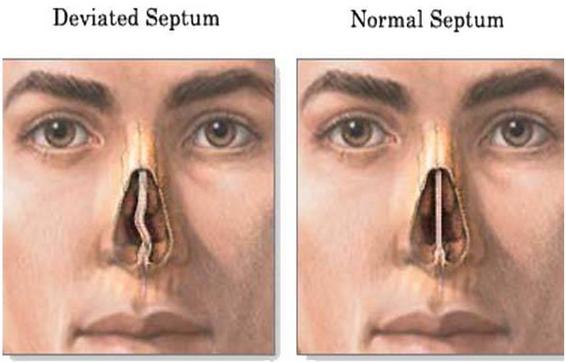 Normally, the septum lies centrally, and thus the nasal passages are symmetrical. Deviated septum is an abnormal condition in which the top of the cartilaginous ridge leans to the left or the right, causing obstruction of the affected nasal passage. The condition can result in poor drainage of the sinuses. Patients can also complain of difficulty breathing easily headaches, nasal congestion, nosebleeds, and frequent sinus infections or of sleeping disorder such as snoring or sleep apnea.

A deviated septum occurs when nasal septum – the thin wall that separates right and left nasal passages – is displaced to one side.

Most cases of deviated nasal septum result from impact trauma; approximately 5% are from birth defects or congenital disorder, caused by compression of the nose during childbirth. Trauma to the nose most commonly occurs during contact sports, active play or roughhousing, or automobile accidents. Deviated septum is associated with Marfan syndrome

Deformity of nasal septum may be classified into: spur, deviation and dislocation

1. Spurs: These are sharp angulations seen in the nasal septum occurring at the junction of the vomer below, with the septal cartilage and/or ethmoid bone above. This type of deformity is the result of vertical compression forces. Fractures that occur through nasal septum during injury to the nose may also produce sharp angulations. These fractures heal by fibrosis that extends to the adjacent mucoperichondrium. This increases the difficulty of flap elevation in this area.

2. Deviations: may be C shaped or S shaped. These can occur in either vertical or horizontal plane. It may also involve both cartilage and bone.

3. Dislocations: In this the lower border of the septal cartilages displaced from its medial position and projects into one of the nostrils.

Deviations may affect any of the three vertical components of the nose causing: cartilaginous deviations, C deviations and S deviation.

1. Cartilaginous deviations: In these patients the upper bony septum and the bony pyramid are central, but there is a dislocation/deviation of the cartilaginous septum and vault.

2. The C Deviation: Here there is displacement of the upper bony septum and the pyramid to one side and the whole of the cartilaginous septum and vault to the opposite side.

3.The S Deviation: Here the deviation of the middle third (the upper cartilaginous vault and associated septum) is opposite to that of the upper and lower thirds. With deviations of the nose, the dominant factor is the position of the nasal septum, hence the adage ‘as the septum goes, so goes the nose’. The first step, therefore in treating the twisted nose is to straighten the septum, and if this objective is not achieved, there is no hope of successfully straightening the external pyramid.

Simple Deviations: here there is mild deviation of nasal septum, there is no nasal obstruction. This is the commonest condition encountered. It needs no treatment.

Obstruction: There is more severe deviation of the nasal septum, which may touch the lateral wall of the nose, but on vasoconstriction the turbinates shrink away from the septum. Hence surgery is not indicated even in these cases.

Impaction: There is marked angulation of the septum with a spur which lies in contact with lateral nasal wall. The space is not increased even on vasoconstriction. Surgery is indicated in these patients.

If a deviation in nasal septum is minor, patient may have no symptoms. If the deviation is severe, however, it may  cause the following signs and symptoms:

Diagnosis can usually be made by the physician or specialist simply examining the nasal passages and finding an inequality in the size of the nostrils and a deformity of the septum. During a physical exam doctor will ask about symptoms – such as nosebleeds or nasal congestion – and ask whether you have had any trauma to your nose. Using a bright light and an instrument (nasal speculum) designed to spread open nostrils; doctor will examine the inside of the nose. Based on this exam, he or she should be able to diagnose deviated septum and determine the seriousness of condition. Septal deviations are evident on anterior rhinoscopy.

Mild forms of nasal septum deviation require no medical intervention other than treatment of occasional nasal congestion, sinusitis or allergy symptoms. Initial treatment of deviated septum may be directed at managing the symptoms of the condition, such as nasal congestion and postnatal drip. The doctor may prescribe:

When the deviation is more severe and obstructs breathing, surgical intervention is necessary.

1. Septoplasty: A surgical procedure called septoplasty is performed under local or general anesthesia. With an endoscope, the surgeon makes an incision inside the nose, lifts up the lining of the septum, and removes and realigns the deviated portions of the septal bone and cartilage. The septum is maintained in its new position by sutures and splints inside the nostrils. In some cases, surgery to reshape the nose (rhinoplasty) is performed at the same time as septoplasty. Rhinoplasty involves readjusting the bone and cartilage of nose to change its shape or size or both.

2. Submucous Resection (SMR): This operation is usually done under general anesthesia and involves peeling back the lining of the nose from the septum and removing the cartilage and bone from the deviated area. The lining is then replaced. The nose is gently packed for about 24 hours to maintain the correct position and usually the patient is allowed home after a day or two

If you have a severely deviated septum it may cause: 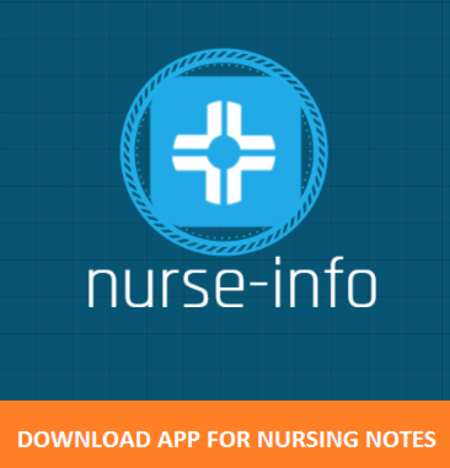